Working from home on the front line

The police have gone full Orwell 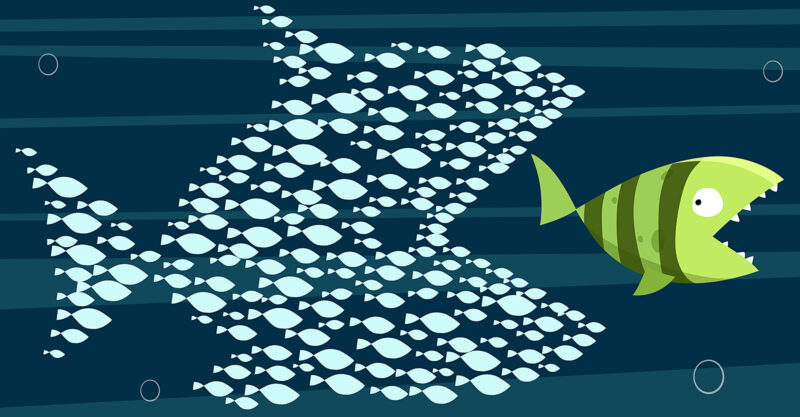 The corruption of political systems by global corporatists has filtered down to our science, medicine and healthcare systems.

Because science, medicine and politics are three threads woven into the same cloth of public policy, we have to work to fix all three simultaneously.

The corruption of political systems by global corporatists has filtered down to our science, medicine and healthcare systems and must be exposed.

The corporatists have infiltrated all three branches of government, and it is up to us, the people, to take control back. Corporate-public partnerships that have become so trendy have another name, that name is fascism — the political science term for the fusion of the…

A few years ago, in a book calledThe Game’s Afoot(published in 2018), I wrote that the Chinese Government was giving people marks according to behaviour. It was I wrote, called social engineering, and citizens were being ranked and rated according to their behaviour.

‘The Government,’ I said, ‘will measure people’s behaviour in order to decide what services they are entitled to. Anyone who incurs black marks for traffic offences fare dodging or jaywalking will find that they are no longer entitled to the full range of public services and rights. Moreover, internet activity will also be used to assess behaviour. Individuals who do bad things on the internet (or whose searches are considered questionable) will find themselves ‘black marked’. Individuals who have ‘responsible’ jobs will…

The Controller’s eyes lingered on the slim file on his desk. “The Next Stage”

Then he wandered over to the window to survey the city stretched out before him.

Now we have everything. He thought. Everything.

It was a small step from everyone carrying a smart phone to accepting a chip, relaying their ID and position 24/7.

The next stage was to criminalise computer access for everyone but the elite. Smart phones, household computers of every type were now redundant and illegal except those which were compulsory and feeding back data.

Control by the usual methods of lures, treats, promises, bribes, threats and finally coercion. Most of the population had walked into the trap willingly.

The resistors had no way to access food and water and no-one dare help them unless they wished to share their fate.

by Sarah Chayes is the author of On Corruption in America: And What Is at Stake (2020), published in the UK as Everybody Knows: Corruption in America, the Los Angeles Times Book Prize winner Thieves of State: Why Corruption Threatens Global Security (2015) and The Punishment of Virtue: Inside Afghanistan After the Taliban (2006).

In Kandahar, Afghanistan, in late 2001, I watched a girl of about nine strip a Kalashnikov rifle, inspect the bullets and reload the sound ones in a matter of minutes. That child lived in a mud-brick house in the middle of a graveyard. I lived…

A mathematician and professor of risk information management atQueen Mary University of Londonhasstarted warning the publicabout how government officials manipulated the COVID-19 data and lied to the public when implementing testing, lockdown, mask, and vaccine protocols throughout the plandemic.

Dr. Norman Fenton, Ph.D., says that almost from the very start of the scamdemic, he could see that health officials were manufacturing “proof” of a crisis in order to mislead the public into accepting wide-scale tyranny and medical abuse under the guise of getting “vaccinated”. Fenton spoke with Robert F. Kennedy, Jr., on his “RFK Jr. The Defender Podcast” about this subject, revealing that most governments were willing to not“let a crisis go to waste,”so they created nonsensical propaganda and peddled it to their people.

The Greatest Trick of All — Wirral In It Together