How ‘being a good citizen’ could kill civilisation

There are a lot of frightening parallels between the Gestapo and the FBI. From John and Nisha Whitehead at rutherford.org: “We want no Gestapo or Secret Police. FBI is tending in that direction.”—Harry Truman With every passing day, the United States government borrows yet another leaf from Nazi Germany’s playbook: Secret police. Secret courts. Secret […]

By Brandon Smith All people seek to control their environment to a certain degree. They want a reliable level of management over their world, and to remove whatever doubts they might have about their survival in the future. If they can, people will take measures to remove any potential pain or struggle and establish a […]

Understanding the tyrannical mind and how it operates — Waikanae Watch 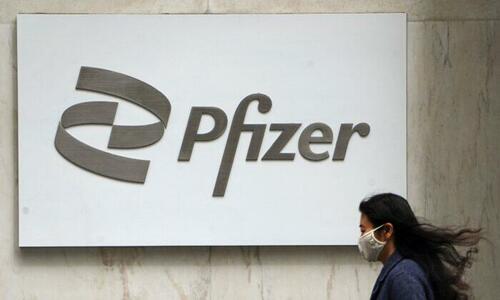 Authored by Alex Giordano via The Epoch Times

“Under federal law, individuals can sue on behalf of the government and win treble damages if they can prove an individual or company deliberately lied to the government.”

Pfizer cannot use the government as a shield from liability for making false claims about its COVID-19 vaccine, lawyers for a whistleblower argued in response to Pfizer’s motion to dismiss a False Claims Act lawsuit.

“Respondents claim fraudulent certifications, false statements, doctored data, contaminated clinical trials, and firing of whistleblowers can be ignored based on the theory that they contracted their way around the fraud,” lawyers for Brook Jackson, who worked as regional director at one of the clinical trials used to develop the Pfizer vaccine, wrote in their Aug. 22 response.

“A drug company cannot induce the taxpayers to pay billions of dollars for a product,” they countered, “that

Are you on an FBI list? How would you find out? You have nothing to worry about if you’ve never done anything wrong. By the way, have you ever said anything against the “regime”? From Dr. Joseph Mercola at theburningplatform.com: Story at-a-glance The 2022 annual transparency report by the Office of the Director of National […]

Belonging to a minority does not make you a victim.

Many belonging to majorities are victims; women, the poor, the old, the young, low status, victims of crime.

On the other hand the political, managerial classes and wealthy elites are minorities.

“New Zealanders’ lives are completely destroyed by these injections, by the mandates and by the gaslighting. Those with vaccine injury are broken. And they are abandoned. By our government and by our country“. Lynda Wharton, The Health Forum New Zealand Covid-19 Vaccine Injury in New Zealand Hosted by Rodney Hide, The Platform made history yesterday by giving […]

Covid-19 Vaccine Injury: The Platform Gives a Voice to the Voiceless — alicespringstomind