You can’t do what you want, and they can do whatever they want. It is, as Ayn Rand once said, the ultimate inversion. From John W. Whitehead and Nisha Whitehead at rutherford.org:

“We are fast approaching the stage of the ultimate inversion: the stage where the government is free to do anything it pleases, while the citizens may act only by permission; which is the stage of the darkest periods of human history, the stage of rule by brute force.” — Ayn Rand

That’s about as good a description as you’ll find for the sorry state of our nation.

The New American
by Annalisa Pesek

Naomi Wolf, a former advisor to President Bill Clinton, cultural critic, New York Times best-selling author (The End of America: Letter of Warning to a Young Patriot), and CEO of the tech company Daily Clout, has crossed the political aisle to join mostly lone conservative voices warning forcefully against both a national and global rollout of COVID-19 vaccine passports.

In recent weeks, the liberal author has appeared on conservative TV and talk-radio shows, such as Fox News’s The Next Revolution with Steve Hilton and The Eric Metaxas Show, to signal the midnight cryon vaccine passports, which she contends are part of “a carefully constructed, systematic, biofascist rollout of a new biosecurity state involving the constant upgrade to vaccinations, constant monitoring…and 360 degree surveillance.”

“Once this rolls out you don’t have a choice about being part of the system,” cautioned…

In the first week of March, host Fareed Zakaria and his guest Arthur Caplan provided at CNN a textbook example of how to present vaccine passport propaganda to the American people. Let’s look at some of the major elements of the propaganda template as demonstrated by Zakaria and Caplan.

1) Include some short expression that the idea of vaccine passports can be troubling, but make sure to only bring this up superficially. This is accomplished in the CNN segment by starting with a clip from a short…

Around the globe today, there are unfortunate, delusional individuals in their billions who believe in wild conspiranoid theories about stock markets still being bellweathers, the ThPharmafia expecting nothing in return for their donations, unrepayable debt being repayable without pain, bankers with strong philanthropic emotions keen to help the desperate, and billionaires wishing nothing more than to ditch their carefully constructed investment strategies in favour of a better life for all 7.8 billion of us on Planet Earth. If you’re in the business of targeting those who would enthusiastically buy tartan paint, then this Slogpost is a must-read.

Warren Buffet thinks stock markets are more than 200% overvalued. Versus his indicator trend line, at 31,000+, the Dow is 88% higher than it would be “all other things being equal”. So you see, it’s not just me saying ‘this is the greatest stock market/economy mismatch in history’. The markets are rigged by…

Government attracts sociopaths, people who like telling other people what to do, and the more powerful the government, the more deranged the people it attracts. Our government is stacked with sociopaths. From Doug Casey at internationalman.com:

An International Man lives and does business wherever he finds conditions most advantageous, regardless of arbitrary borders. He’s diversified globally, with passports from multiple countries, assets in several jurisdictions, and his residence in yet another. He doesn’t depend absolutely on any country and regards all of them as competitors for his capital and expertise.

Living as an international man has always been an interesting possibility. But few Americans opted for it, since the U.S. used to reward those who settled in and put down roots. In fact, it rewarded them better than any other country in the world, so there was no pressing reason to become an international man.

Things change, however, and…

By Lee Camp / Original to ScheerPost

If you’re looking for proof the CIA and the whole cavalcade of other intelligence agencies working with them have gotten too big, look no further than the DNI’s latest report.

December 22, 1963 — exactly one month after President John F. Kennedy had been assassinated, former President Harry S. Truman published an op-ed in the Washington Post that most people, especially our perfumed ruling elite, wanted to ignore.

Truman, who signed the CIA into existence just after World War II, wrote, “I think it has become necessary to take another look at the purpose and operations of our Central Intelligence Agency—the CIA. […] For some time I have been disturbed by the way the CIA has been diverted from its original assignment. It has become…

The Federal Bureau of Investigation (FBI) is combing through the data of Americans gathered illegally by the National Security Agency (NSA) to build cases against Trump supporters and other so-called right-wing extremists.

A heavily-redacted report has been declassified from the Foreign Intelligence Surveillance Act (FISA) secret court showing that the FBI received private information about right-wing individuals in September 2019. This occurred as the FBI was ignoring pressing ANTIFA and Black Lives Matter terror threats while former President Donald Trump was still in the White House.

An FBI spokesman released a statement justifying the illicit privacy violations against the 4th Amendment rights of citizens, saying that the “query incidents referenced in this report occurred prior to implementation of the FBI’s system changes and training.”

“The FBI is dedicated to full adherence with FISA’s requirements and to keeping the American people safe from national security threats,” a senior…

In the Haidilao Hot Pot restaurant in… Vancouver, more than 60 surveillance cameras watch 30 tables and send feeds to China. The cameras, manager Ryan Pan explains, are there to “people track” and are “part of the social credit system in China.” 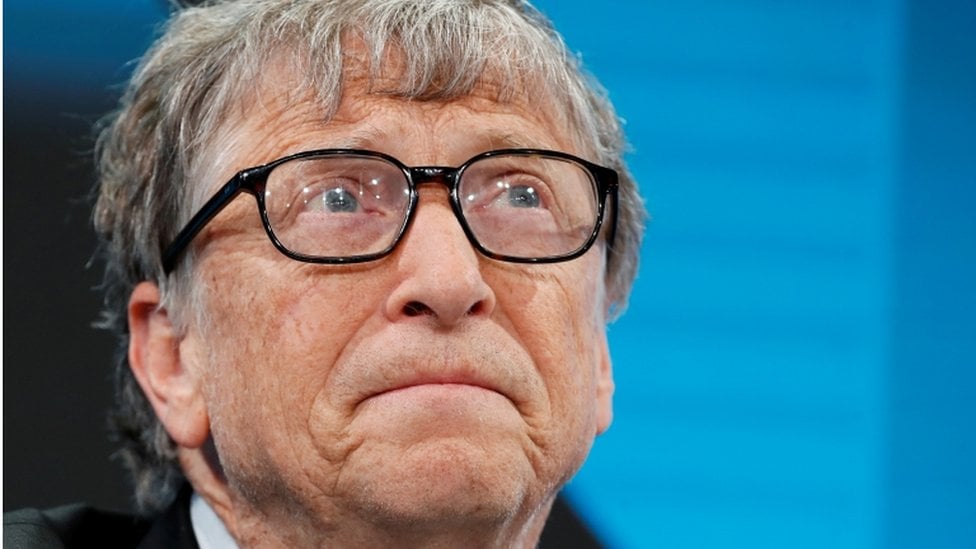 Virtually everything was created at public expense and then gobbled up by enterprising opportunists like Gates.

F. Scott Fitzgerald wrote in one of his short stories, “The very rich are very different than you and me”. Ernest Hemingway has a character in one his reply by saying “Yes, they have more money.” A more concise retort might be that the secret behind every great fortune is a great theft, to paraphrase Honore de Balzac.

There are 657 billionaires in the United States, whose combined wealth grew by more than $1.7 trillion in the year of the pandemic. Further, we know that the one-tenth of the 1% own more than than the bottom 90%. Where does this wealth originate?

Bill Gates and computers are instructive examples. First, from birth, Gates benefited from numerous external advantages that played a critical role in his later success. They ranged from wealthy…

Scores of millions of Americans sense that something terrible has been happening in our country recently. Democracy has been steadily slipping away for years, but never faster than in the catastrophic year of 2020. Meanwhile, the process continues at an ever-increasing rate under the administration of the cognitively declining man in the White House. Incompetent tyrants at the federal, state, and local level rule the American people. Who knew that anonymous local health officials could violate our property rights by shutting down small businesses and that governors could restrict our rights to freedom of association and of worship? Who knew that social media corporations could censor our First Amendment rights to freedom of speech?

Leading American corporations publicly embrace the radical agenda of the far left while holding in contempt much of the population whom they seem to regard as “white supremacists.” It would be hard to…