Accompanied by a deafening silence from pro-lifers.
……………

A shocking new study published in the New England Journal of Medicine reveals that when pregnant women are given covid vaccinations during their first or second trimesters, they sufferan 82% spontaneous abortion rate, killing 4 out of 5 unborn babies.

This stunning finding, explained below, is self-evident from the data published in a new study entitled, “Preliminary Findings of mRNA Covid-19 Vaccine Safety in Pregnant Persons.” Just as disturbing as the data is the fact that the study authors apparentlysought to deliberately obfuscate the truth about vaccines causing spontaneous abortionsby obfuscating numbers in their own calculations.

Originally brought to our attention by a Life Site News article, we checked with our own science contacts to review the data and double check all the math. In doing so, we were able to confirm…

I’ve noticed that whenever the subject of Nazi Germany is raised, someone always says something like this: “It’s unbelievable that Adolf Hitler was able to manipulate and control the entire German population.It just seems impossible.”

Yet that’s exactly what he did.Yes, there were some dissenters and political foes, but they were subdued and quashed as the boundless power of the Nazi regime shut down all dissent with the use of the brown-shirted Sturmabteilung or SA, the Schutzstaffel or SS, and the dreaded Gestapo or Geheime Staatspolizei.

Perhaps a bit of context is in order here.I spent three years in Germany with the Army Security Agency involved in SIGINT (intelligence derived from electronic signals and systems used by foreign targets).I am fluent in German, my wife is German, I have studied German history, and I keep up with current events in the country.

I wanted to take one more day to explore what’s been on my mind for the last few MisfitWisdom blog posts. Namely social media and hatred. Today’s subject matter is about “trolls.”

Now I personally thought a “troll” was some sort of forest creature, considering the first time I ever heard of a troll was in grade school long before the Internet was ever invented by Al Gore. In fact, the word troll “evokes the trolls of Scandinavian folklore and children’s tales, where they are at times beings bent on mischief and wickedness.” (Wikipedia)

Not having the Internet around in 1610, when the first trolls appeared, it was very hard for most trolls to spread hate and discontent. Unless of course they ran around tacking notes on trees and stuff.

Besides, most Scandinavians simply ignored those trolls because, as we all know, most trolls are…

Yet another story the legacy media and the government would prefer you know nothing about. From Megan Redshaw at childrenshealthdefense.org:

Sen. Ron Johnson (R-WI) held a news conference Monday to discuss adverse reactions related to the COVID vaccines — giving individuals who have been “repeatedly ignored” by the medical community a platform to share their stories.

The group that spoke was put together by Ken Ruettgers, a former Green Bay Packers offensive lineman, whose wife suffered an adverse reaction after receiving a COVID vaccine. Ruettgers, who now lives in Oregon, started a website to bring awareness of COVID vaccine reactions to the medical community.

“We are all pro-vaccine,” Johnson said

This Tuesday, UK Members of Parliament (MPs) Richard Burgon, Hackney Abbott, and Jeremy Corbyn visited South London HMP Belmarsh to deliver a letter from Parliamentarians from 4 parties protesting the repeated refusal by the authorities to allow MPs to meet with Julian Assange.

Mr. Assange remains locked up at the Covid-hit south London prison pending an appeal after he beat an extradition case brought by the US. But the journalist continues to face up to 175 years in jail if convicted of espionage in a US court, after revealing the country’s war crimes.

“The lamps are going out all over Europe, we shall not see them lit again in our life-time.” Edward Grey

Several years ago, I wrote a book called Doctoring Data. It was my attempt to help people navigate their way through medical headlines and medical data.

One of the main reasons I was stimulated to write it, is because I had become deeply concerned that science, especially medical science, had been almost fully taken over by commercial interests. With the end result that much of the data we were getting bombarded with was enormously biased, and thus corrupted. I wanted to show how some of this bias gets built in.

I was not alone in my concerns. As far back as 2005, John Ioannidis wrote the very highly cited paper ‘Why most Published Research Findings are False’. It has been downloaded and read by many…

FREEDOM MINDS FOR THE AMERICAN REPUBLICS

By Megan Redshaw In a study published June 29 in JAMA Cardiology, researchers described 23 cases of myocarditis in healthy military members who developed the condition within four days of receiving the Pfizer or Moderna COVID vaccines. A new study of U.S. service members found higher than expected rates of heart inflammation following receipt of […]

Heart Inflammation Linked to COVID Vaccines in Study of U.S. Military, Department of Defense Confirms — The Most Revolutionary Act 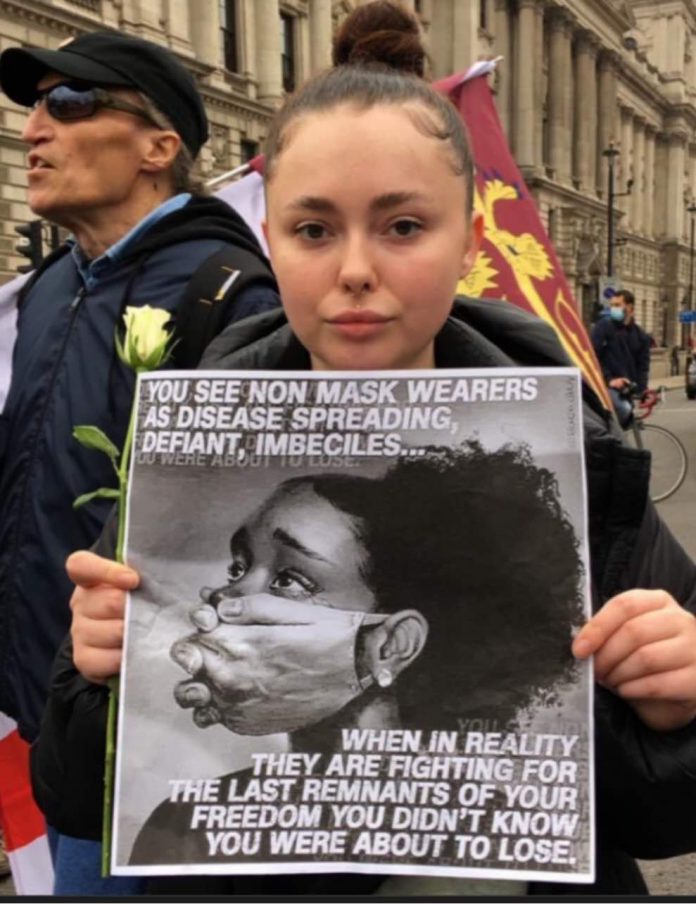 It didn’t just happen that a majority of the populace bought into the hysteria manufactured about a virus that doesn’t kill 99.8-something percent of the otherwise healthy population. They were primed to buy into it – by decades of programming about saaaaaaaaaaaaaaaaaaaaaaafety being the single most important thing in life. Even to the extent of stifling the expression of life.

It goes back generations and has many facets but the most obvious antecedent is the ululation chorus regarding the Danger of Speed – defined by the ululators as any speed beyond that posted on a sign standing by the side of the road. Such speed killed, they said.

Of a piece with the assertions made recently about “asymptomatic spread” (and not wearing a “mask”) killing.

Authored by Jude Clemente via RealClear Energy(emphasis ours),

In 2020, some 9 million Californians were unable to pay their energy bills. The California Public Utilities Commission (CPUC)reportsthat customers of the major investor-ownedelectricand gas utilities accumulated $1.15 billionin unpaidbillsduring the year.

As a “clean energy” climate leader,California seeks to achieve a carbon-free economy before 2050, ensuring that its electrical system can withstand extreme weather events and supply affordable energy to 40 million people.

That last goal might be the biggest challenge. The wind and the sun may be free, but deriving electricity from them is anything but.

California’s residential electricity price in 2020 was $20.50 per kWh, or55% higherthan the national average of $13.20 – an expensive energy problem that is only getting worse (see Figure).