In the university hospital of Brest in Brittany, during the first week of the vaccine rollout, 20 to 25 percent of the recipients of the vaccine had to stop work because of influenza symptoms including bad headaches, high fever and sore muscles

February 22, 2021 (LifeSiteNews) – The AstraZeneca experimental COVID-19 vaccine currently being given to health workers in France has caused so many side-effects that the French vaccination task force (Conseil d’orientation de la stratégie vaccinale) has recommended “a staggering of the vaccination schedule for people working in the same care unit” as well as “the systematic intake of paracetamol just before the injection and in the two following days.”

The government of the United Kingdom has been collecting critical safety data on the Pfizer/ BioNTech and Oxford/ AstraZeneca “vaccines,” and the latest report doesn’t paint a pretty picture.

The first dose of the experimental Pfizer/ BioNTech “vaccine” has been introduced into the arms of 5.4 million citizens, with 500,000 of these people receiving a second dose.

Up until January 24, there have been nearly 50,000 reports of vaccine injury for this specific vaccine, including the sudden death of seven UK citizens:

Another 1.5 million doses of the Oxford University/ AstraZeneca “vaccine” have been received in the arms of UK citizens, yielding another 21,032 adverse events. These adverse events were recorded up until January 24, 2021, in the Medicines and Health Products Regulatory Agency‘s…

Note: Extended and updated version of the article published at The Conservative Woman on Monday 15 February 2021.

If you went only by the headlines, you might be tempted to believe that the ‘Conservative’ Party – following the justified criticism of its leadership’s reluctance even to criticise, never mind condemn, the explosion of intolerance, censoriousness and malign identitarianism which, after festering below the surface for several years, finally exploded into the open amid culturally and racially oikophobic street violence last summer – had finally resolved to tackle the Woke virus.

It now planned, we were recently told, to prevent anti-statue iconoclasm by strengthening the protection of…

A striking new study has tracked the effects of extreme isolation on the brains of nine crew members who spent 14 months living on a remote research station in Antartica. The study presents some of the first evidence ever gathered to show how intense physical and social isolation can cause tangible structural changes in a person’s brain, revealing significant reductions in several different brain regions. Despite the small size of the study the conclusions echo years of research correlating solitary confinement and sensory deprivation with mental health issues, and suggest social isolation may fundamentally change the structure of a person’s brain.

In 1969 Robert King was arrested and convicted for a robbery he maintained he did not commit. Three years later an…

There is one major lesson that conservatives and frankly all Americans must learn: never accept at face value the reporting of any news event. By foolishly acquiescing to the version of a story put out by the denizens of the mainstream media, the citizenry allows the ruling oligarchy to set the narrative and exploit the inevitably fabricated incidents that further their cause. In place of “mainstream media,” they ought to be called Gaslight Media, for their role is not to report the truth, but rather to manipulate the public into a mental state conducive to obedience. As defined medically, gaslighting is:

…a form of psychological abuse where a person or group makes someone question their sanity, perception of reality, or memories. People experiencing gaslighting often feel confused, anxious, and unable to trust themselves. 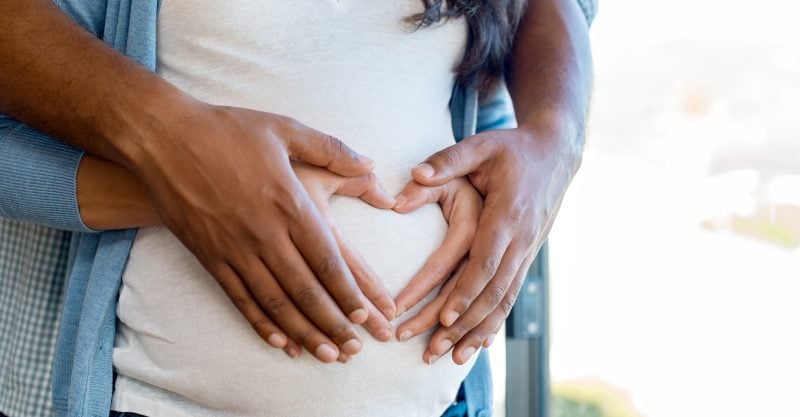 With no data showing COVID vaccines are safe for pregnant women, and despite reports of miscarriages among women who have received the experimental Pfizer and Moderna vaccines, Fauci and other health officials advise pregnant women to get the vaccine.

In December, the U.S. Food and Drug Administration (FDA) granted Emergency Use Authorization to two messenger RNA (mRNA) vaccines against COVID-19. Because the unapproved vaccines’ status is investigational, anyone who gets an injection (whether they realize it or not) is agreeing to participate in an ongoing experiment.

Recognizing that there are many unknowns, many Americans have refused the experimental jab, including members of the armed forces and healthcare workers, but with one notable exception: healthcare providers who are pregnant.

Even without data from Pfizer or Moderna sufficient “to inform vaccine-associated risks in pregnancy,” expectant doctors, nurses and others appear eager for the shots, perhaps…

By The Daily Expose

Boris Johnson imposed dictatorial, authoritarian measures on the British people on the 23rd March 2020 for a three-week period. The Prime Minister said he was doing this to “Protect the NHS” and “Save Lives”.

We are now almost a quart of the way through 2021 and the British people are still living under a dictatorial tyranny where it is illegal to have loved ones inside your home, illegal to socialise, illegal to walk into a shop without a face covering, and illegal to open your business if it is deemed as “non-essential” by the Government.

The list of draconian measures is endless, and apparently it is still all in the name of “Protecting the NHS” and “Saving Lives”. So ‘The Daily Expose’ decided to investigate exactly what it is that we are protecting the NHS from, and this is what we found…

As it is traditionally understood, the Pfizer and Moderna “vaccines” are not vaccines, they’re gene therapies. From Dr. David Martin at westonaprice.org:

Dr. David Martin, founder and chairman of M-CAM Inc, challenges our presuppositions about the new mRNA Covid-19 vaccines. Quoting the pharmaceutical companies themselves, David suggests that these are not vaccines, but, in actuality, gene therapy. He explains what the vaccines may do to us, what they are promising they can do for us, and how to distinguish the difference.

Within the below transcript the bolded text is Hilda Labrada Gore and the regular text is Dr. David Martin.

I have friends who’ve gotten one of the new COVID-19 vaccines and you do too. These are the fastest developed vaccines in all of our medical history and many people are lining up to get them as soon as possible. What are they made of? What would…

“Do Not Resuscitate” Notices Given to Covid Patients with Learning Disabilities in UK:

People with learning disabilities have been given do not resuscitate orders during the second wave of the pandemic, in spite of widespread condemnation of the practice last year and an urgent investigation by the care watchdog.

Mencap said it had received reports in January from people with learning disabilities that they had been told they would not be resuscitated if they were taken ill with Covid-19.

DNACPRs are usually made for people who are too frail to benefit from CPR, but Mencap said some seem to have been issued for people simply because they had a learning disability. The CQC is due to publish a report on the practice within…