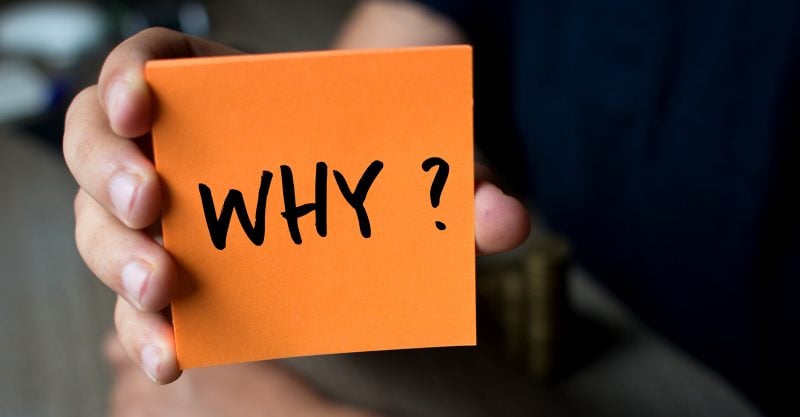 The New York Times explains how the government poured $18.5 billion into experimental, fast-tracked vaccines, leaving doctors with “woefully few” drugs to treat the sick. But the author neglected to explain why that happened.

On Jan. 30, the New York Times published an article, “How the Search for COVID-19 treatments Faltered While Vaccines Sped Ahead.” The article bemoaned the fact that “nearly a year into the coronavirus pandemic, as thousands of patients are dying every day in the United States and widespread vaccination is still months away, doctors have precious few drugs to fight the virus.”

According to the Times:

“The government poured $18.5 billion into vaccines, a strategy that resulted in at least five effective products at record-shattering speed. But its investment in drugs was far smaller, about $8.2 billion, most of which went to just a few candidates, such as monoclonal…

The report continues “Authorities said a video of people waddling out of a hospital, which reportedly was viewed…

The author of the following text has been an editor and newscaster for public service broadcasters for many years and writes here under a pseudonym. The editorial team knows his identity. He reports from the inner workings of a newsroom during the Corona crisis.

At the beginning of the already memorable year 2020, a term forced its way into public and private consciousness, which should increasingly determine and overshadow all of our lives: The “new corona virus”, also called SARS-CoV-2.The name was officially announced by the WHO on February 11th.After that, things went very quickly.At first I only saw the pictures of Chinese people with masks in the daily news, which was not an unusual sight, but soon Corona also reached our newsroom.

On the day when the first suspected corona case surfaced in our region, I was urged by our news chief to use it as a…

Are the new vaccines adding anything to the mix? Why have we ordered so much of it? What exactly is Long Covid? Why have we stopped testing for it? Is Jonathan van-Tam for real? Why were we lied to about HCQ and Ivermectin? Why is Hancock spending money like there’s no tomorrow? How does this fit into the Great Reset? The questions and doubts about Coronavirus continue to mount, and are always evaded by government. Some seemingly established facts only add to the confusion. Truths are being obfuscated in a way that will could threaten the health of those demograpically well beyond God’s waiting room. The Slog investigates.

Time for some bizarre vaccine statements and numbers.

Last week, Jonathan van-Tam, England’s deputy chief medical officer, offered a weird warning: that vaccinated people should not assume they cannot pick up and transmit the virus. I read that, blinked, and then went on…

How many more cases are there? Hancock calls for ‘extra special precautions’ as door-to-door testing of 80,000 people starts in eight postcodes after ELEVEN people test positive for dangerous South African variant despite not leaving country

Things must be getting bad if we’re getting lectured on censorship by Vladimir Putin. From Paul Craig Roberts at paulcraigroberts.org:

Russia’s President Putin last week at the World Economic Forum called out America’s Big Tech Monopolies for preventing free speech and attempting “to harshly and unilaterally govern society, replace legitimate democratic institutions, restrict one’s natural right to decide for themselves what stance to express freely. We’ve all seen this just now in the US, and everybody understands what I’m talking about.” https://www.rt.com/russia/513768-putin-slams-big-tech-in-davos/

The CDC had more accurate and up-to-date data that it could have used to calculate the rate of severe allergic reactions to Moderna’s COVID vaccine — why didn’t it?

One day later, on Jan. 22, the Centers for Disease Control and Prevention (CDC) issued a Morbidity Mortality Weekly “early release” report on Moderna’s COVID-19 vaccine. For the report, the CDC used data reported to the Vaccine Adverse Event Reporting System (VAERS) between Dec. 21, 2020  – Jan. 10, 2021 to investigate cases of anaphylaxis, a life-threatening…

Debating vaccines is a part of the role and interest of those working in the arena of infectious disease. When a new vaccine appears it is never merely administered to everyone. Vaccines are recommended based on an array of considerations such as safety, efficacy, cost of disease/vaccine against benefit of vaccine/disease, who is high risk against who is not, where you draw the line between “vaccine recommended” and “vaccine not recommended”, and many other factors. These discussions are always informative and thought provoking. Today however, if you draw breath to gather your thoughts on Covid vaccines, you’re likely to be labelled “anti-vax” before you even make an utterance.

There are possible safety concerns with the Covid vaccines being rolled out at high speed today. They may be unwarranted. They deserve to be excluded based on data and evidence. This podcast by Dan Astin touches on the topic well.

Why do you need a vaccine if you’ve already had Covid-19? From Eric Peters at ericpetersautos.com:

I’ve just been informed that my 84-year-old mom is about to be Anointed with the Holy Needle, which is interesting given she has already had the thing the Needle purportedly prevents about a month ago and thus has no need of the Anointing.

For any medical reason.

She caught “the virus” – and recovered from it after a week of flu-like symptoms, including a cough and some congestion. They tested her – the wardens of the facility wherein she is imprisoned for the crime of being elderly and – the irony is sickening – to “keep her safe” from “the virus.” As by not allowing her to see anyone except the people within the prison.

No family or friends, forever amen.

And she tested positive.